With Halloween approaching, I figured writing about horror movies would be appropriate. I could write about horror movies any time of the year, so it’s not completely limited to just now. I’ve talked about some movies to creep you out before, specifically a couple of my favorite silent movies. This time I chose four, each from a different decade. There were so many I could have chosen, but as I said this time there are four, the numerous other options will have to wait until future posts.  And while my intention is not to reveal any spoilers below, something may come out that I don’t even think of as a spoiler. I’ve seen all the movies so many times, I may not even realize I’m revealing something groundbreaking to someone who hasn’t seen it. I apologize ahead of time if I do so.

House on Haunted Hill (1959), starring Vincent Price, isn’t necessarily the most chilling movie, but it sure is fun. By today’s standards it’s quite campy, but that’s precisely one of the reasons I love it. I think I remember reading somewhere that when the movie was originally in theatres, a skeleton would fly out over the audience. How fun is that? I can only imagine audiences of the time, not jaded by CGI or heaps of blood in their movies, being startled and screaming at the sight of the skeleton suddenly appearing. What a grand time! 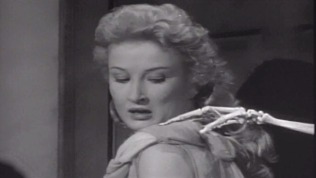 Pardon me, do you have any Grey Poupon?

Vincent Price is one of the highlights of the movie, at least for me. I always enjoy him in his ghoulish roles, with that distinctive voice and sly look he usually has on his face. The disdain between he and his wife is so wonderfully amusing, and sets up how everyone has their own agenda in the movie. There’s enough devious plotting by the characters and subtle nods to there being something supernatural about the house to make for a creepy, mysterious romp. One of my favorite scenes is the old woman, creepy faced with gnarled hands raised, floating into the frame, making the young woman screech (for about the hundredth time) and then just as smoothly floating out and seemingly into thin air. Aces!

I’m going to scream for the billionth time.

Gets me every time!

Other 1950s gems: The Innocents, Eyes Without A Face, The Screaming Skull, The Mummy, The Bat, House of Wax, Invasion of the Bodysnatchers, The Blob

Carnival of Souls (1962) is more of a sad, unsettling atmospheric movie guaranteed (or your money back!) to give you the chills. The lead actress, Candace Hilligoss is superb in her character, Mary. I can’t say too much, otherwise it will give the entire movie away, but the discussion and theories on this movie could keep one occupied for a bit. When you get to the end you’ll know what I mean. The haunting imagery and the music are superb in setting the mood to give you plenty of frights and unease. 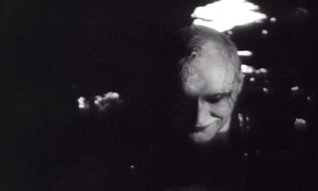 I don’t have anything funny to say about this guy.

It’s disquieting watching Mary go about her days, appearing lost, isolated, and cheerless, disjointed from her activities. Having visions of unnatural people and experiencing a loss of senses, you feel trapped with her in an eerie daze. This movie relies mostly on the atmosphere and an ever increasing menacing mood to convey its scares, a little through makeup, but very low key techniques to deliver its effectiveness. A lost, wandering young lady, an abandoned carnival, various questionable characters, and some really hauntingly beautiful imagery makes this a must see. 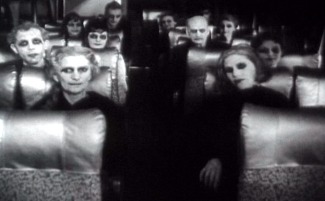 Is this seat taken?

What’s behind that beach ball?

While I am more inclined to subtle horror, other than graphic or gory movies, Suspiria (1977) provides a bit of both. While the two movies I mentioned above don’t have any real blood or gore to them, Suspiria utilizes it, so it may not be everyone’s cup of tea. Jessica Harper stars as Suzy, who travels to Italy to a ballet school, only to find mysterious and disturbing people and occurrences.

Who is responsible for the lighting at this ballet school?

Don’t mind me, I’m just going to stand by this dark window while creepy music plays.

Besides providing some mystery, blood, and bizarre characters, there are some really fantastic sets and cinematography. The lighting and music also add a level of spookiness to the rest of the aspects that make it such a wonderful horror film. Who is committing grizzly murders? Where do the mysterious late night footsteps lead to? Why can’t Suzy just dance ballet? Give it a watch and find out the answers.

Let me help you out and just stay by the door.

You know nothing good can be at the end of that hall.

The Changeling (1980) was actually the inspiration for this post. As I was watching it last week, I kept thinking how much I wanted to write about it, it’s just so good! George C. Scott plays John, a composer who recently lost his wife and daughter. When he moves to teach at a university in Seattle, he finds a house to rent. Of course, it’s big, old, and has that “I’m going to be creepy” vibe. His own fragile mindset after losing his family adds to the spookiness of the house and soon the noises he starts to hear. With the help of the lady who rented him the house, he sets out to unearth its history and its past tenants. 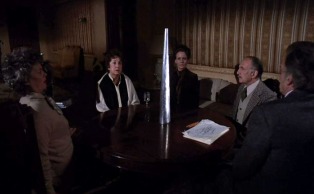 Is that your spirit conductor or are you just happy to see me?

The tale that follows is engaging, and it’s another movie that utilizes the subtle, distinct qualities of a good, old fashion scary movie. The chill factor builds as the movie moves along and more is revealed about the house and former occupants. Puzzling noises, a boarded up attic room, a little girl’s tragic death, a medium, and a seance make for a marvelous watch. 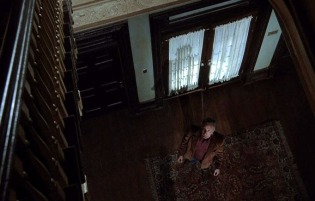 I think my Grandpa Cutter had that same car in tan.

Other 1980s: Poltergeist, The Shining, The Fog, The Thing, Ghost Story, The Hearse

Grab the popcorn, turn out the lights, and let yourself enjoy each and every fright that’s put forth by these eerie movies.

2 thoughts on “Unsettle Yourself”